The Story of This Video

In November 2009, I showed my dad that his new iMac had a “Photo Booth” program for taking self-portraits. You can see us trying it out together in the first two frames of this video.

This past year, when I was reviewing and digitizing his photo library (8,000 slides & negatives, 3,000 prints, and 15,000 digital photos) I discovered this folder where he had been saving this series of self portraits.

After stringing them together and setting them to one of his favorite Rolling Stones songs, Michael A. and I felt sure he would have wanted this to be shared with friends and family, despite the personal nature of this recording.

About 1/3rd of the way through, he shows off the scar on his chest from the blood port the hospital had implanted to facilitate his chemotherapy. His portrait taking increases from then on. I like how he tracks his next eighteen months with whimsy and fun even though it was clearly a difficult period.

The last three frames you see – where he’s wearing cardboard sunglasses and carrying his golf club cane – are from Dec 16, 2017 — just three days before he passed away.

Watch closely and you’ll see him blowing you a kiss — just like he did in this New York photo booth in 1967. 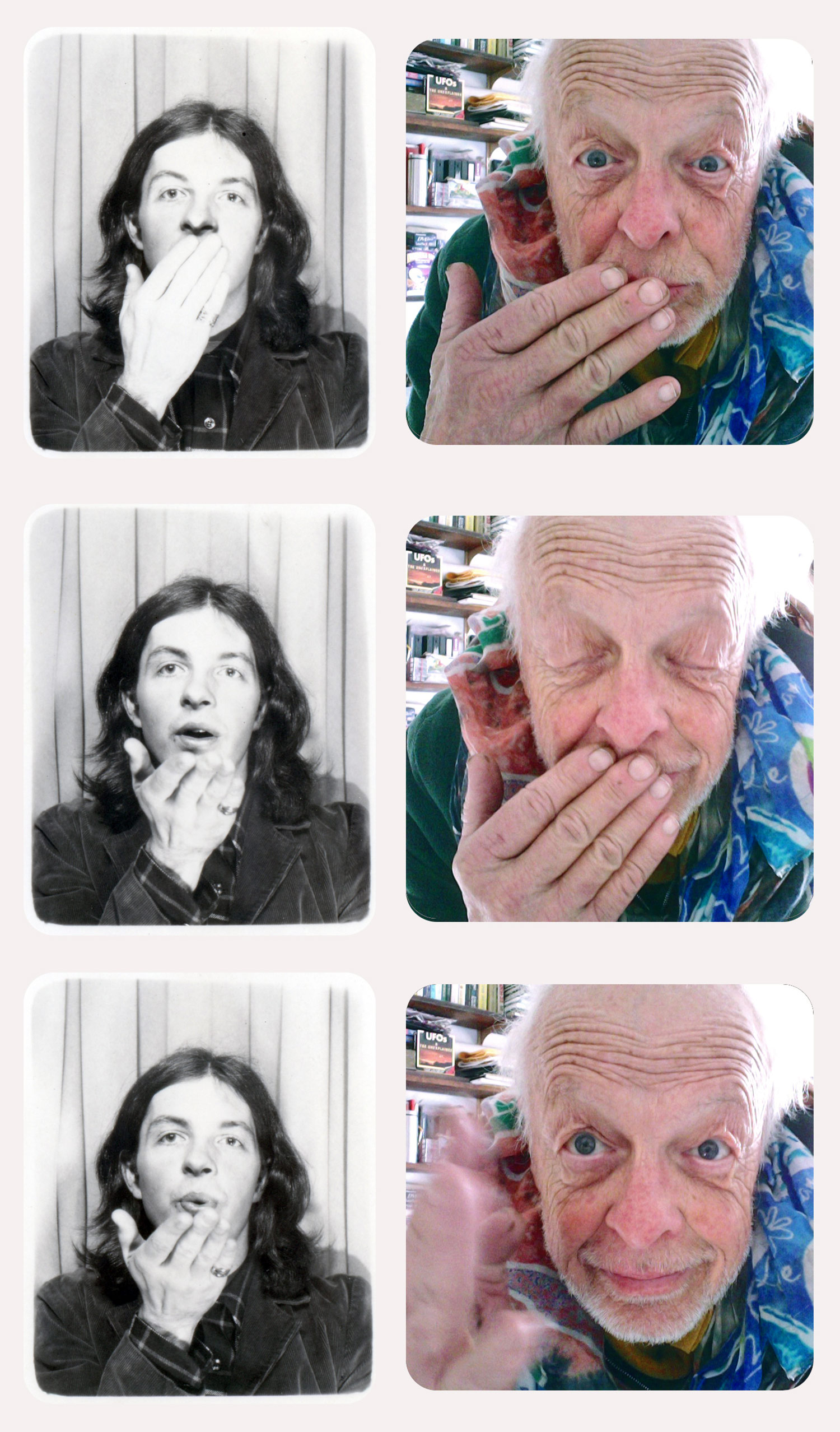